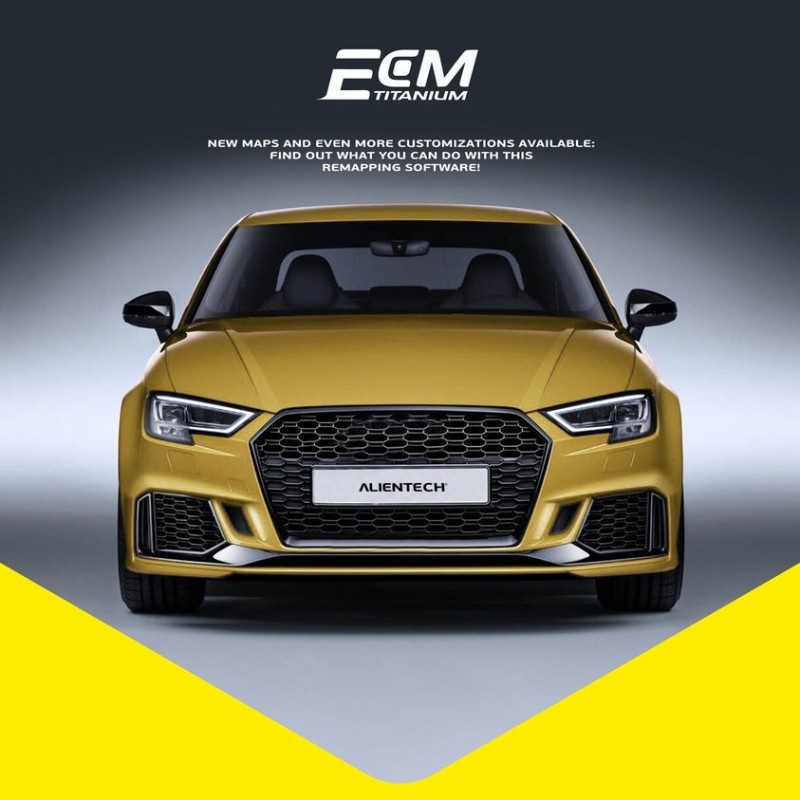 New maps and even more customizations available: find out what you can do with this remapping software!

The driver team that takes care of driver updates focused on the ECU's of the VAG group that equip some particular models of the German brand: the MED17.1.62 equipped on Audi’s “RennSport” cars and the MED17.1.21 equipped on plug-in hybrid cars. of the Volkswagen house “signed” by the GTE badge, which denotes the right combination of sportiness and ecology.

Work on many cars thanks to ECM Titanium: 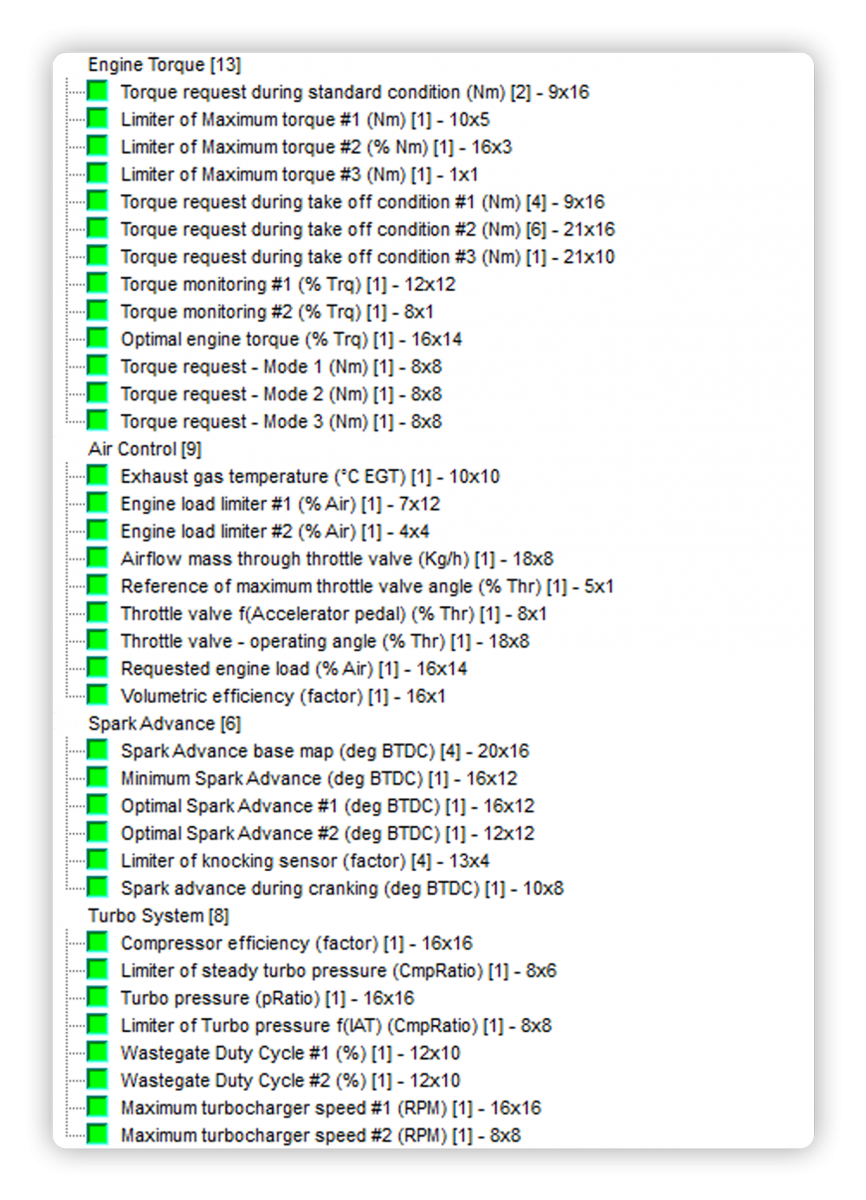 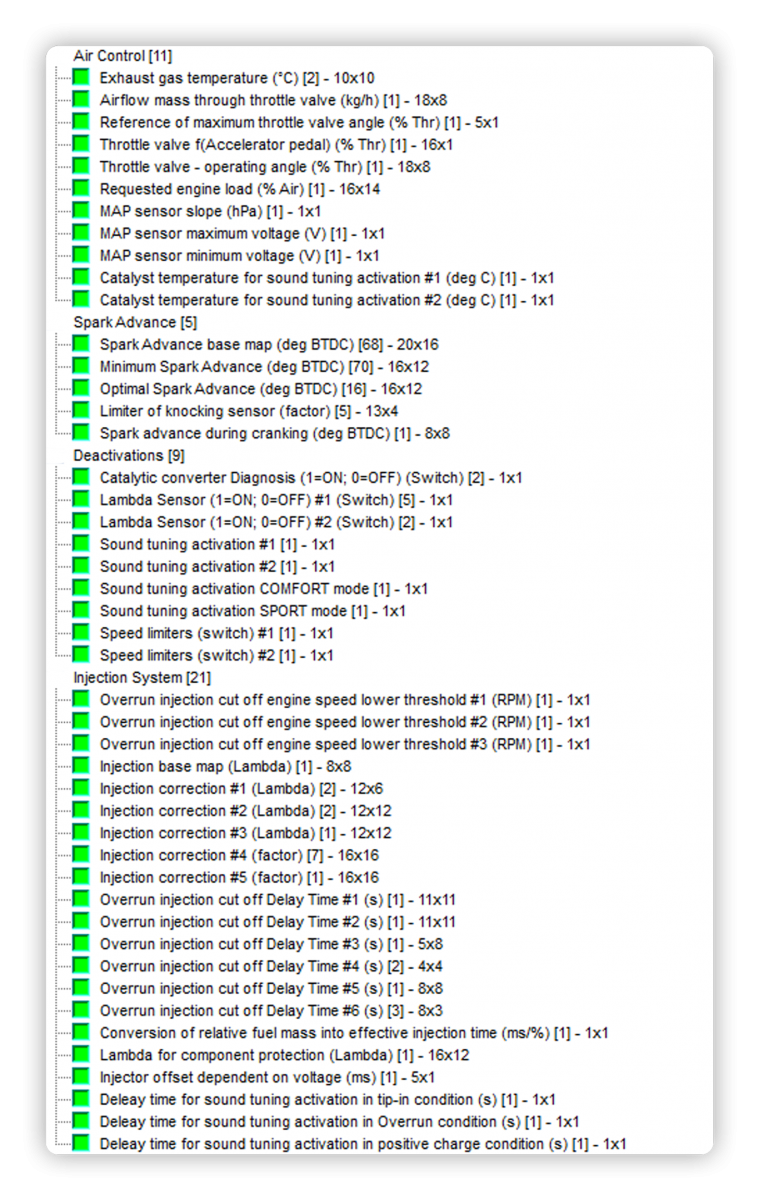 This ECU is mainly installed on compact Audi branded “RS” cars, all powered by the mighty 2.5L TFSI 5 cylinder, capable of unleashing a power of 400CV on cars like the RS3 or the TT-RS!
This is a historic architecture for the Audi group: in the 1980s a 5-cylinder engine, equipped on the Audi Sport Quattro made it possible to be among the most competitive manufacturers in the group B world championship!

Thanks to all this, the RennSport signed cars are coveted by all fans and at the top of their performance!
But now you can do even more and make your customers’ RS even more performing and unique: read and write with the KESSv2 and K-TAG protocols and intervene on the torque and injection parameters to improve the response on the pedal, on the ignition advances to improve the responsiveness of the engine and on the air control and turbo management maps to give a further boost to the performance of your cars!

Burble effect and Pop & Bang: change music on your RS! The Pop & Bang and burble management was also implemented in the update that affected these control units, thanks to the activation maps and codewords that allow you to define the driving modes in which to enable this function, in addition to the canonical cut-management maps. off being released. 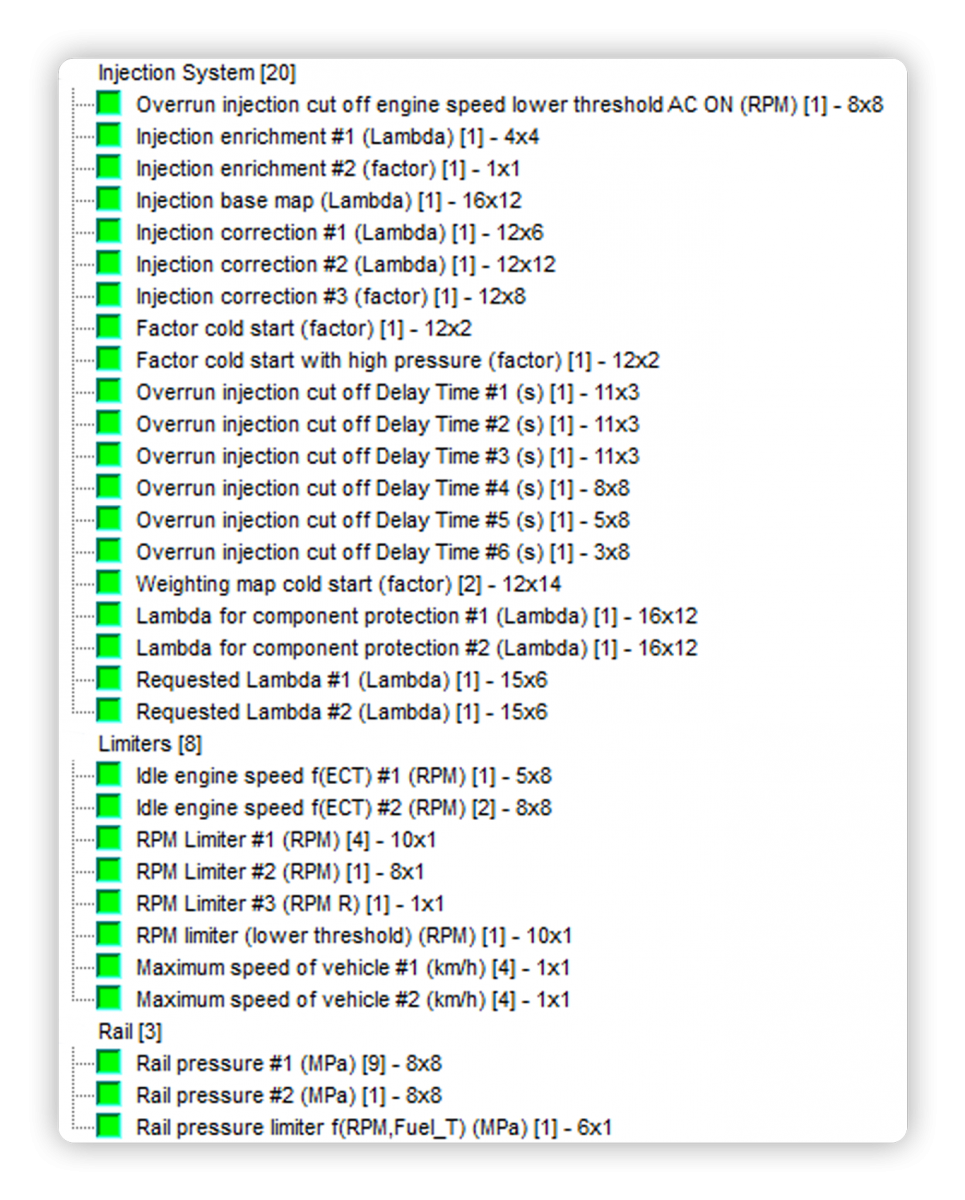 This control unit is installed on the cars of the VAG group equipped with hybrid engines, which we find mainly on the Volkswagen cars branded “GTE”.
Thanks to the combination of a 100HP electric motor and a 150HP 1.4l Turbo direct injection engine, the GTE's offer a high level of performance combined with low fuel consumption!

Even greener, even more performance! With the new ECM Titanium drivers you will have the opportunity to improve the performance of your customers’ cars, optimizing fuel consumption and performance, for an even more engaging experience! Modify the torque management maps to make the engine more sensitive to the driver’s inputs on the accelerator pedal, on the advance, turbo pressure and air load maps to improve the torque and power values ​​and on the injection maps to give the right amount of fuel in all conditions: more reliability, more performance and optimized fuel consumption!

E85 Conversion available: for markets where this kind of fuel is more used, we implemented also the possibility to convert the car to E85: work on cold start weighting factors and spark advance maps in order to make customer’s vehicles work efficiently with it!