When talking about engine remapping, ECU adjustment or chiptuning, there are different read methods to make connection with ECU's possible in order to adjust the ECU software. We point out the most common read methods, mention the advantages of these methods, and we will tell which tuning tools are suitable for the different kinds of read methods.

OBD chiptuning
OBD stands for On Board Diagnostics and basically is the communication method to make  communication possible between a computer and the ECU of a vehicle. It is the most common manner for vehicle workplaces, car companies and tuning companies to make connection with a vehicle in order to do diagnostics and make adjustments.

It is also the easiest and most applied manner for tuners or tuning companies to get the software out of a vehicle’s ECU in order to adjust the ECU software and unlock the true potential of a vehicle's engine. Nowadays, the most tuning tools allow OBD as read method but sometimes car manufacturers and ECU manufacturers will improve the security of ECU software by trying to block the external communication possibilities, also known as tuning protection. In that cases there are other read methods to make the connection possible which we will treat later on this page.

BDM chiptuning
With modern ECU’s, tuning through the OBD port sometimes is not possible because of security reasons. Then you might have to take the ECU out of the car and connect it directly to a computer via the BDM interface (Background Debugging Mode) located on the ECU itself. In some cases, a special socket has to be soldered in order to read out the software, so you can start adjusting the software. After the adjustment, the software is also written into the ECU via this connection. For this process, the ECU is carefully disassembled from the car and carefully replaced after adjusting the software.

BOOT chiptuning
Sometimes a protection ensures that OBD tuning is not just possible without first 'unlocking' the ECU. This means you have to disassemble the computer, disconnect it and then flash the modified data into the computer's memory. Then the new software is written over the old one. Then all you have to do is write back the adjusted ECU software into the ECU. This method is called Boot mode, also known as BOOT. 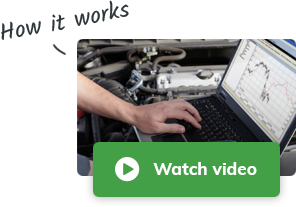 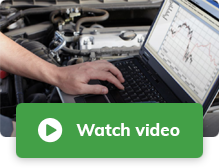