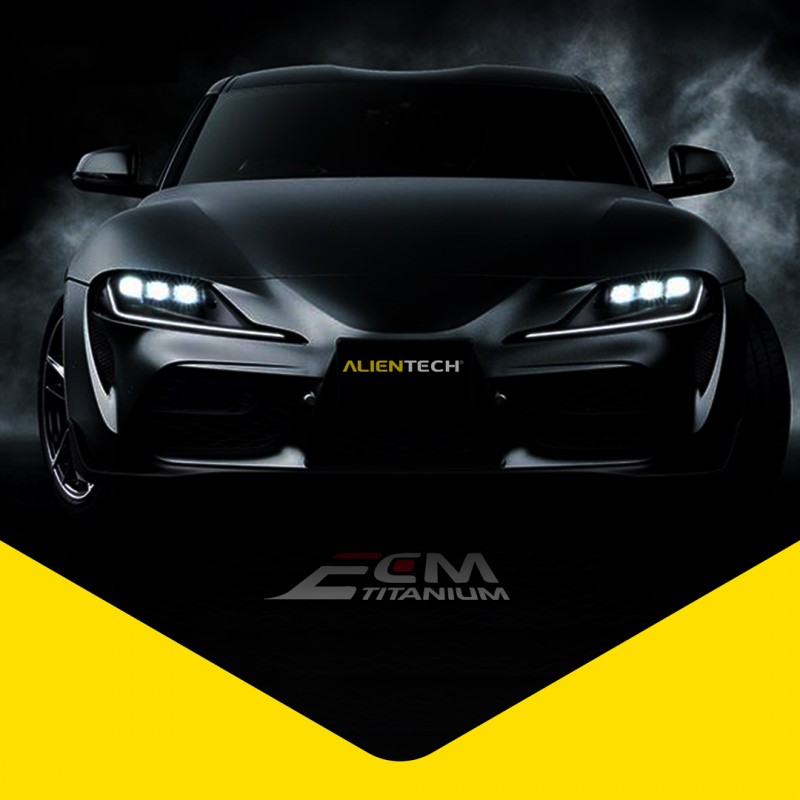 New Drivers Update for ECU Bosch MG1CS024, equipped on some BMW models and Toyota vehicles.
Improve the BMW Z4 and Toyota Supra A90 performances thanks to the maps available in the ECM Titanium Driver. Offer only the best of Chiptuning to your customers.

The Alientech team that deals with the Drivers update has focused on the Bosch MG1CS024 equipped on BMW and Toyota vehicles. Intervene on the right maps and discover what you can do thanks to ECM Titanium.

Toyota Supra A90. Presented at the 2019 Detroit salon is the fifth generation of the Japanese Coupé that, thanks to the collaboration with BMW, could keep its characteristic architecture: longitudinal engine 6 cylinder supercharged and traction on the rear wheels only. Despite being born based on BMW Z4, the Toyota sports department engineers, Gazoo Racing, have been able to refine the setting of the suspensions giving this vehicle a totally different character from that of its Bavarian sister.

The engine, also of BMW origin, is 3.0 litres with 340CV and 500Nm, supplied by a single turbocharger twin-scroll and an intercooler air-water, integrated in the intake manifold, to reduce air volumes between turbocharger and cylinders. Thanks to this and various other technologies applied to this engine, the new Supra A90 can reach the 100km/h from stop om just 4.3 seconds by using launch control modality, to go with ease up to 250km/h, speed at which the speed limiter operates.

Thanks to ECM you can further improve performances of this vehicle: acting on torque parameters, supercharging, injection, advances, and timing it is possible to unlock the potential of this great engine, making it even more unique and exciting the driving experience! 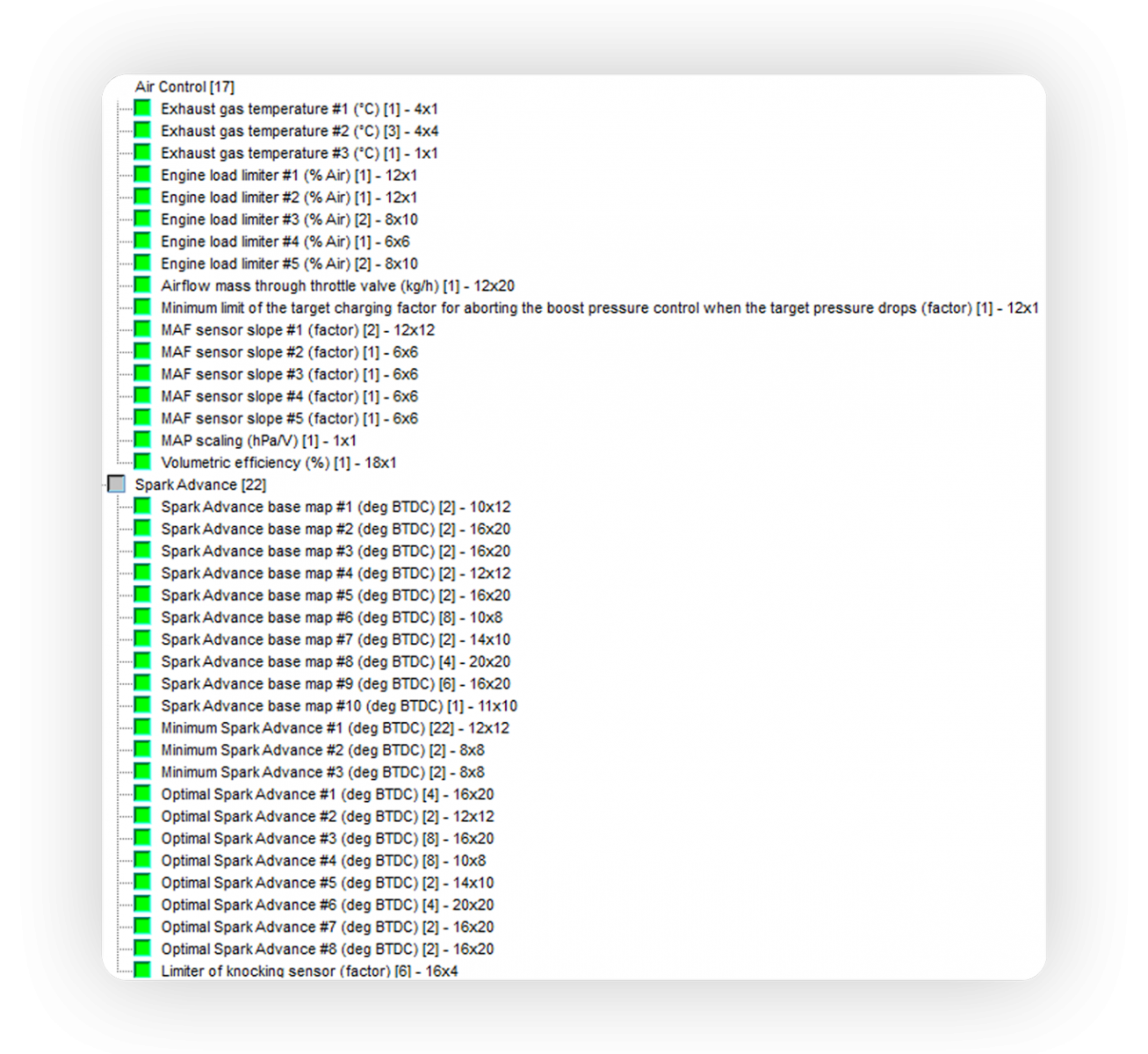 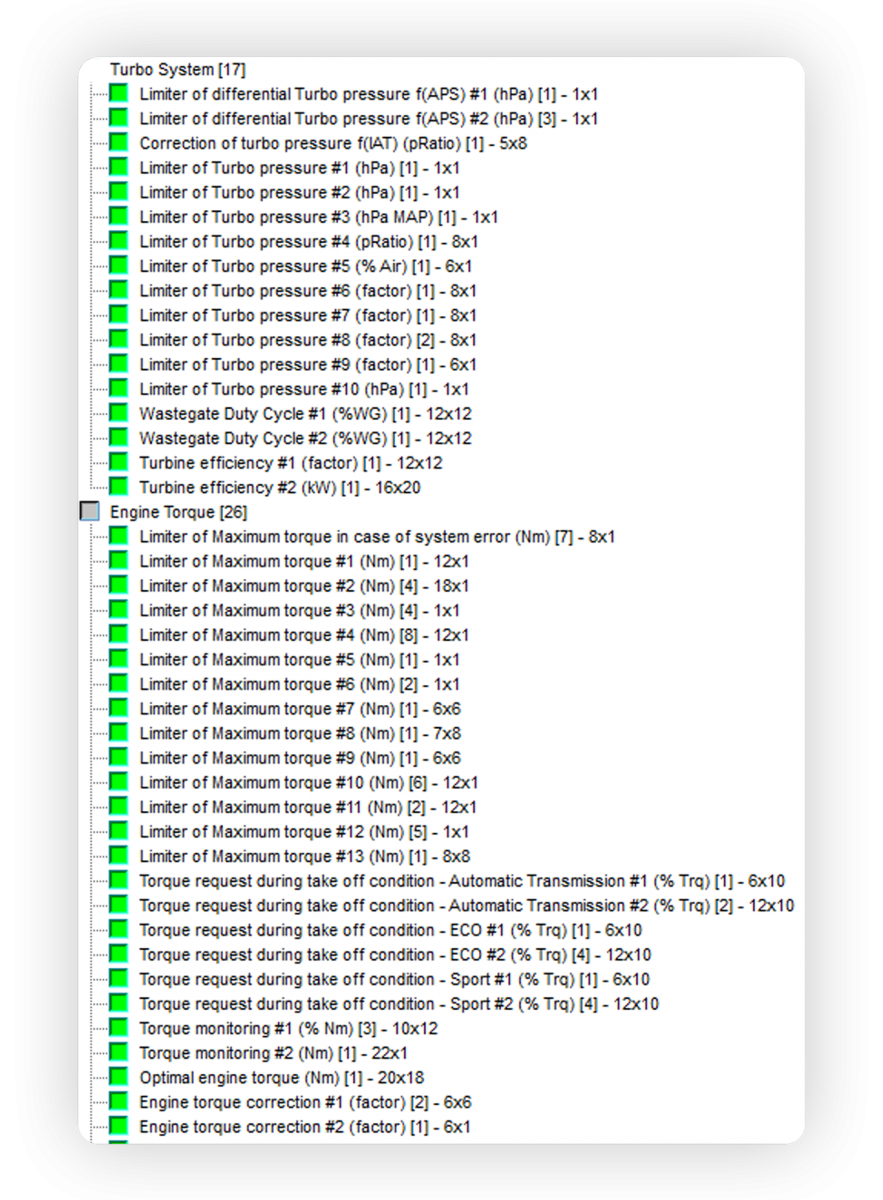 The most effective way to give a more character sound to the vehicle. By modifying these maps, it is possible to manage to how many degrees beyond the OMS make the spark plug happen in all conditions. Inserting a negative value in the area that manages the release phase, it is possible to give the vehicle the pop & bang effect.

Through this map use you go to manage the engine load, i.e., the amount of air being sucked in. It’s usually a map which is modified when you go to raise the turbo pressure.

Through the turbo management pressure, it is possible to manage the supercharging of the vehicle. The more pressure, the greater airflow and so the opportunity to inject fuel maintaining a correct carburation. Of course, there can be no excessive increases as you may incur in the turbocharger break or worse than engine.

Through the torque maps, it is possible to manage how much engine toque to be supplied by the engine. Through the limiters we can manage what is the maximum toque value that the engine must provide.

Through the torque request maps instead, we can define how sensitive the accelerator pedal must be. With the latter it will be possible to adapt the accelerator to customer needs to make driving better and more personal!

The maps that manage the injection are extremely important, especially on the turbocharged engine. An incorrect carburation may cause serious damage to the engine!

Through the injection maps it is possible to define how much fuel to inject based on certain factors like air supply percentage, engine temperature or depending on how much the accelerator is pressed!