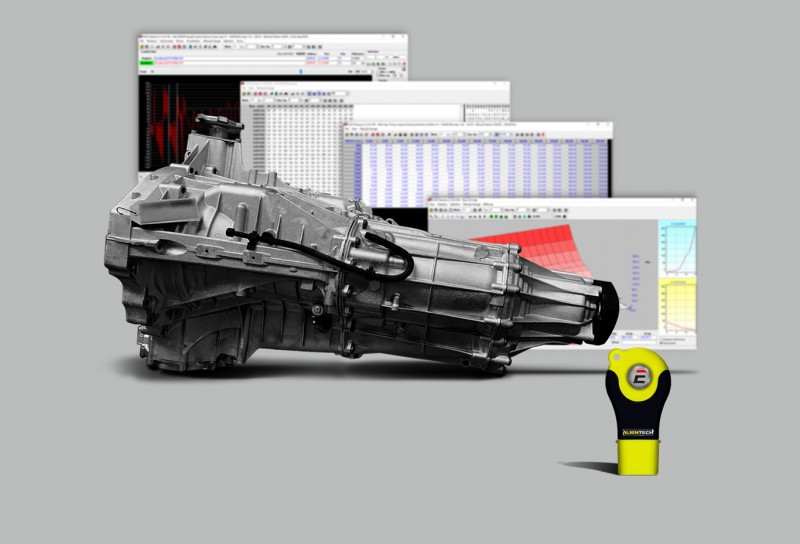 The Alientech Drivers development team has updated the map list available for the TEMIC files present within the TCUS of the VAG group. The TCUS involved are:

By recalibrating the TCU management file, the vehicles performances will be noticeably better and the guide experience even more personal. Your customers will be more and more satisfied.

The available parameters, common among the TCU'S models, introduced with the recent update are:

However, within each driver, you will find the map and its specific description specific for the different types of ECU. 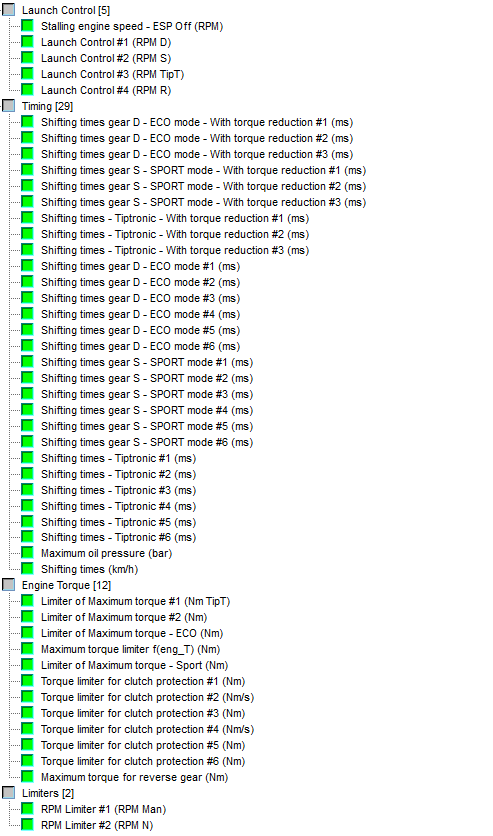 Shifting times (km/h)
In TCU's that does not manage the shifting points according to RPM, there is a shifting point management according to speed. The functioning of these maps is the same as the RPM ones, but in this case, TCU uses speed as reference to shift to the next or previous gear.
This map has some “particular” axes:

In this map every row can be intended as a single map managing every single map according to accelerator pedal.

Launch Control
These maps manage the maximum revs the engine reaches when the Launch Control mode is engaged. 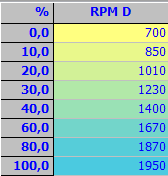 Generally, on VAG group vehicles, this mode is only enabled with gear lever on “S” mode and with traction control disabled.
Once we have the previous conditions, we need to push the brake pedal and, on the cockpit, we will see the message telling us the Launch Control Mode is active.

Maximum Oil Pressure
These are the maps managing the oil pressure of the hydraulic clutch actuator. They generally are used to avoid clutch slipping once the car has an increase in torque amount.

Driver for ECM Titanium
TEMIC DQ250 CXX, EXX, FXX
We need to define properly the Cxx and Exx/Fxx families of DQ250 gearboxes. These two managements are from two different generations.

Gearbox is almost identical (both gearboxes are DSG6), but we have different mechatronics managing the gear shifting.

In Cxx case we have older mechatronic (Golf MK5 generation, from 2005 to 2010), in Exx/Fxx we have a newer management (Golf MK6 generation). Software is different among Cxx and Exx/Fxx also if they are the same DQ250 gearbox.
Note: for the TCU TEMIC DQ250 EXX/FXX gearbox it is possible to edit the FastOff function that we will present in a more detailed way in the dedicated section of the TEMIC DL501 gearbox.

Gear Shift
These maps are managing, according to the driving mode, the gear shift (up and downshift).

By modifying these maps, it is possible to change the engine RPM where the gearbox shift to the next or previous gear, according to the torque calculated by the TCU and the accelerator pedal position. We can see that the percentage on throttle position is higher than 100%, this because of the kick down function.

Shifting Times
These maps manage the shifting times according to the various driving modes.

They are working according to the accelerator pedal percentage and the gear engaged. For every gear, according to how much we push the throttle we have a specific shifting time.

By reducing this time, we will have a quicker gear shift, but also the driving it’ll be less comfortable. Obviously in sport when you are pushing hard the engine gear shifts are faster.

FastOFF
On some calibration, we have the FastOff management: this function is enabled once the accelerator pedal is suddenly released and again pressed. By increasing the value in this map, we can reduce the engine RPMs drop and improve the accelerator responsiveness during acceleration.

Maximum Number of Launch Control
On some calibrations we have also the Maximum number of Launch control. This map is managing the maximum limit of times the driver can enable the L.C. mode before TCU disables it permanently. This happens because TCU tries to protect the gearbox components (clutch and differential in particular) and avoid possible gearbox breakdown because of the stress caused by the Launch Control starts.