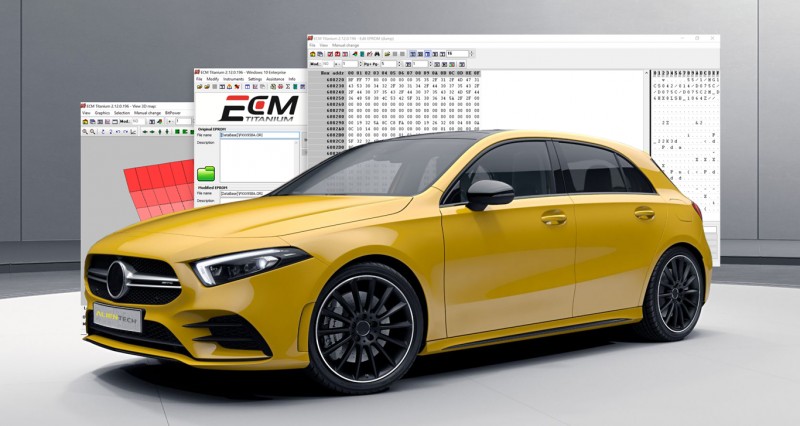 The ECU's involved are:

In addition to the standard maps useful to significantly increase the performance of these ECU's, we present some specific maps, which will lead you to even better results.

Torque Monitoring
On most modern Diesel engines, it is necessary to work on this map and disable the control of the torque calculation, made by the ECU to protect the engine and the gearbox components.

By setting this map to 0, it is possible to inhibit this control to avoid, while using the vehicle, annoying recovery or engine misfunctions.

EGT Map
This map allows to manage the exhaust gas temperature to protect the DPF and the turbocharger against possible overheating and consequent breakdown of these components.

It is a protection map that reduces the power, by putting the engine in protection mode once the ECU reads an excessive temperature from the sensor on the exhaust.

Generally, with the standard vehicle, this problem never occurs but, with tuned engine parameters – turbo pressure and fuel quantity – it will be necessary to raise the maximum permissible temperature threshold, to avoid recovery.

Note: the problem appears generally while driving long distances with medium or high revs and high engine load with long gears (5th or 6th gear), this because the more fuel is injected in the engine the more heat will be generated in the exhaust system.

EGR Map
The EGR valve is a component electronically controlled by the ECU that, by taking part of the combustion gases emitted by the engine in the exhaust, returns them after having cooled them properly through a heat exchanger, in the intake manifold. What is the point? Reduce carbon monoxide emissions (NOx) at exhaust.

The map in this case can be seen as an end-of-intervention threshold of the EGR valve: above a certain engine torque value, the valve will remain closed.

The exclusion of this valve leads to advantages in terms of engine torque at low rpm and facilitates acceleration phases, also maintaining the car’s intake system cleaner – generally the combustion gases are re-used downstream of the turbocharger, if taken before the DPF and upstream if taken after the DPF.

Torque Correction
On this engine management it is possible, through some specific maps, like the engine correction, to alter the way the ECU corrects the torque parameters according to determined conditions.

In this case, the map decreases the engine torque generated by the engine as the intake air temperature rises, to always keep the operating temperatures under control. The value present in the map is a factor multiplied by the torque value, consequently, if below 1 the engine torque will be reduced, if above 1 it will be increased. With a value of 1 the ECU will not make any change in the torque.

About Continental SID307 the maps are very similar and the latest updates were aimed precisely at inserting the maps already described for the SID310.